Apple MacOSX is known for it's aesthetic interface. During the time that I've used MacOSX I've realized that it is true indeed. Nevertheless Apple's minimalistic approach haven't included some of the most basic UI features into the operating system. I may be missing them probably because I've used them so much in Windows and a long time Mac user may have a different idea. Anyway these facts will be useful for any Windows or Linux user joining the Mac bandwagon.

Windows Explorer equivalent in Mac is Finder. It does not have cut-and-paste functionality for file manipulation. Only thing you can do is copy-and-paste. So Cut is missing from right-click context menu and keyboard shortcuts. (Cut-and-paste IS available for clipboard operations) 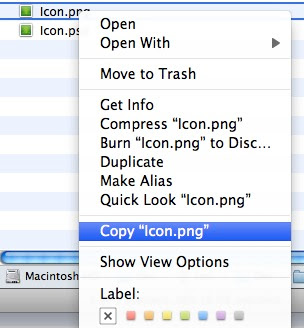 "Paste" menu item will appear after you have copied a file.
No separate keys for Delete and Backspace 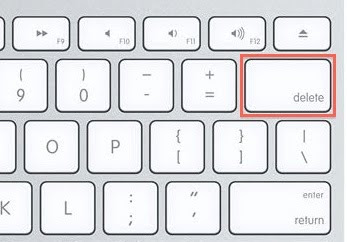 Finder does not support the delete key for deleting files either. You have to right click and say "Move to Trash" or drag the file into Trash. No Shift+Delete is present either :-(

No option to show Hidden files

Finder doesn't provide any option to show/hide hidden system files. If you want to view hidden files you have to manually edit a configuration file using a command line utility and restart Finder process.

To stop showing hidden files again, use the same commands with the value FALSE instead of TRUE.

Maximize button in applications have different behaviour depending on the application. This is pretty confusing. The expected behaviour is fill the screen with the current window. But some applications doesn't follow this rule. Most of them just resize the window a little bit more instead of fully resizing. Safari, MS Word and Finder does this.

iTunes will go into the compact mode when you press the Maximize button, contradicting with the '+' sign representing the icon!

I think that should be enough for now. There maybe some more things to complain about, but I don't remember them now. Regardless of these shortcomings there are so many things to love about MacOSX! and what's my favourite operating system?? Windows 7! without a doubt!
Posted by Ravin at 11:09 AM 4 comments:

Connecting a Mac to an Active Directory domain

These are the steps you should follow in order to connect MacOSX to an existing active directory domain. I tried this using MacOSX Snow Leopard 10.6.2. The domain server is Windows Server 2003.
To login as a domain user, enter the user name in the usual domain\username format in the MacOSX login window.
Posted by Ravin at 2:58 PM No comments: